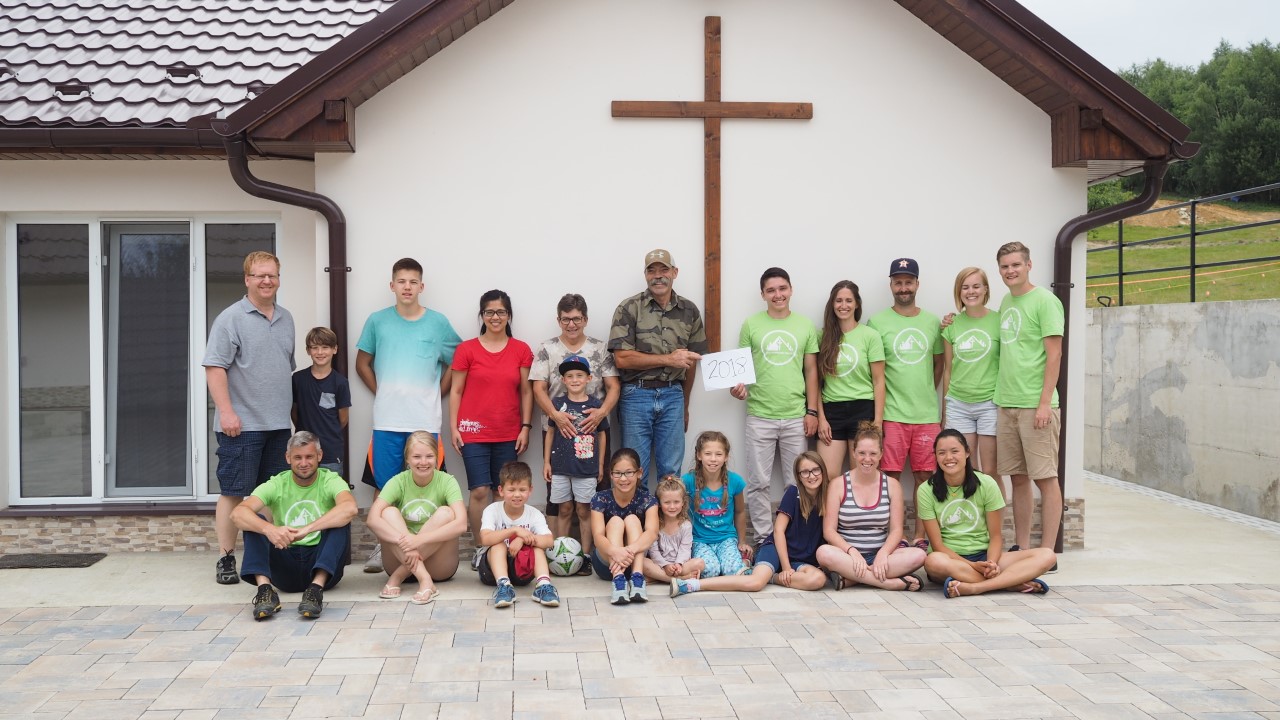 In 2018, the Camp Falcon Rock team was looking ahead to the long-awaited first summer of programs on site. With excitement and anticipation for what was to be the inaugural summer, volunteers and staff from both Romania and North America came together to see this first summer be a success. The Bergman family, feeling the call to partner, courageously left their lives in Canada for three months to serve at the camp. Jason and Erin, with their four children, Dani, Cristian, Olin and Keli, integrated into the culture quickly as they attempted the difficult Hungarian language and made life-long friendships. Beyond that, it was also clear that their experience and God-given gifts were making an incredible impact as they served both the camp and the villages during those three months. As natural as this time was for both the Bergmans and the Romania mission field, little did we all know that God was preparing them for something much greater in the future.

As Tanya and I look back over the past six years of serving in Romania, we are overwhelmed by the incredible growth and momentum that the Lord has brought, both at the camp and throughout the country. What began with a partnership between two conferences (the NAB and the Hungarian Baptist Convention of Romania) consisting of two NAB missionaries and two local Romania-Hungarian staff has grown into a fully functional, year-round sustainable ministry centre with eight full-time local staff and partnerships formed with villages spread throughout the Northwest region of Romania. Due to these development projects at the camp, year-round ministry programs, and the growth of our sister-church partnerships, the need for more long-term missionaries in Romania became very apparent.

As this momentum and growth was taking place in Romania, the Bergman family, upon returning home from their three-month trip in 2018, began to the feel the call to Romania long term. Following months of prayer, conversation, and discernment, it was clear to all of us that the Bergmans’ call was in fact the Lord’s leading.

We are excited to announce that the Bergmans will be arriving May 10 in Romania! It will be a quick turnaround for them as all of us will be preparing for summer camps this upcoming July. Following the summer, we have stationed the Bergmans in the nearby city of Zalau to help their four children get settled in the local school. Zalau is located twenty minutes away from the village that Tanya and I serve in, as well as about fifty minutes from the camp. This will allow the Bergmans to serve both at the camp and alongside Tanya and I in the villages. Over their first year in Romania, both Erin and Jason will be actively serving at the camp, as well as building relationships with our village churches.

Following years of praying and waiting for more labourers to join the field, we cannot wait for the Bergmans’ arrival. We want to invite all of you to be in prayer for them. Please be praying as they finish their missionary training program this month, as they transition to the field in May, and as the family looks to settle into life in Romania. These transitions are never easy, but they are seasons of life where God works in powerful ways. The Bergmans are also 10 percent away from being fully funded. Would you pray about partnering with them in this life-changing ministry in Romania? Also, be praying for the entire Camp Falcon Rock team as we prepare for a summer where the Lord will entrust us with hundreds of children and youth to share the good news of Jesus Christ, disciple them, and raise them up as the next generation of leaders.