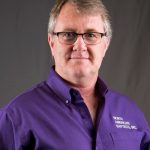 Borrowing the words of Lesslie Newbigin, we have defined a missional church as “a renewed theological vision of the church, serving as a sign, servant, and foretaste of the Kingdom.” As we join God on mission at the NAB, how then do we become a sign, servant (or instrument), and foretaste to God’s justice and righteousness?

I serve on the board for The Society To End Homelessness In Burnaby. I have leadership gifts but not much knowledge of how things function socially and politically. In contrast, Karen, another board member, served as the CEO of the largest social-housing organization in our province. I am amazed at not only her knowledge but her depth of care for those on the margins. Although she is not a follower of Jesus, I have witnessed her using personal resources for the sake of others. The degree to which this is a regular and costly practice of hers astounds me.

In conversation with her, I stated, “Karen, you are one of the most righteous people I know.” She seemed offended. When she heard the word righteous, she misunderstood the meaning, thinking instead of self-righteous. When I explained the meaning from Tim Keller’s exegesis, she received it as a compliment.

We are also an instrument of the Kingdom. In practical terms, God is at work in and through His people. It is not that we extend the Kingdom but rather that God extends His Kingdom through us, as well as others. It is the presence and power of the Holy Spirit at work in us that accomplishes the purposes of God.

Finally, the church is a foretaste of the Kingdom as it is involved with justice and righteousness. Michael Frost described this as being like a movie trailer that makes you want to go see the whole film. As the church stands in the gap for those who are being treated unjustly, and as they use their resources for the sake of others, they give others a glimpse into what the Kingdom will look like when fully revealed.

Bearing witness to God’s nature of being just and righteous is best described in the words of Martin Luther King, Jr. in a sermon he preached after his house was bombed. In speaking about the Good Samaritan, he suggested that the priest and Levite walked by the stricken man and were asking, “What will happen to me if I help this man?” The Good (Righteous) Samaritan on the other hand was asking, “What will happen to this man if I do not help?”

Let us be a sign, an instrument, and a foretaste of the Kingdom of God through our deep conviction to being just and our deep commitment to using our resources for the sake of others.