What Racial Righteousness Is and Why It Is Important

As we seek to be faithful to the mandate given by Christ to make disciples through evangelism and teaching, we recognize that we take this mission into a world that is broken and deeply fragmented in many ways, including by categories of race. We recognize that the body of Christ itself is also divided along racial and cultural lines. Unity that brings glory to God is needed. Thus the mission of making disciples who are being spiritually formed into the character of Christ calls for attention to brokenness due to racial division.

We bridge to racial righteousness by representing the purposes of God in His righteous love and by standing with the oppressed. Specific activities include: promoting awareness, encouraging community, providing education, and positively declaring the inherent dignity of all people as made in the image of God.

Racial righteousness casts a vision of biblical community that Scripture promotes but that is practiced too infrequently. It is also about casting God’s vision for the dignity of all. Representing God includes prophetically speaking against structures and attitudes that violate inherent human dignity. Racial righteousness is consistent with the notion of justice prescribed by our Lord, who calls not just for personal individual righteousness but justice to be done.

Racial righteousness is part and parcel of being a church that is deeply involved in a movement of mission and spiritual formation. The mission of Christ is about bringing His Gospel to an actual world in which oppressive structures and divisive forces damage the dignity of human beings. Followers of Jesus are formed into the image of Christ through humility, self-sacrifice, and loving service, opposing deeply ingrained views of superiority or inferiority to bring to bear the curse-breaking power of the Gospel.

One aspect of racial righteousness will include providing education regarding differences in race and culture for the purpose of Christ-centered unity, promoting understanding of historical issues of race. It is centered in the redemptive work of Jesus Christ and only seeks to build what Jesus came to build (1 Peter 2:9–10).

To get a more in-depth understanding of issues of race, the church, and the Gospel, here are a few books and videos we recommend:

Dialogues on Race and Culture in the NAB

Mutual understanding about race and culture is not arrived at through mandate or pressure but in the context of Christ-centered unity and dialogue where brothers and sisters of different perspectives can share openly and in an environment of grace. A foundational way we seek to grow in our understanding is through holding conversations between people of different ethnicities and views. We set the stage for one another to hear hearts and to seek understanding and even love in the context of being the church. 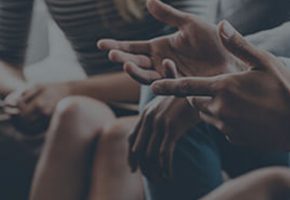 We need to grow in the church. We need transformation and healing. And one of the areas where healing is needed involves the relationship between Christians of different races.

Racial Righteousness in a World of Racism

As followers of Jesus and as members of the Executive Team of the North American Baptist Conference, we deplore the brutal killing of George Floyd at the hands of Minneapolis police officers. It was an egregious and sinful act and an overt abuse of power. In the United States, we just celebrated those who gave the ultimate sacrifice in the armed forces on Memorial Day, because life is precious. 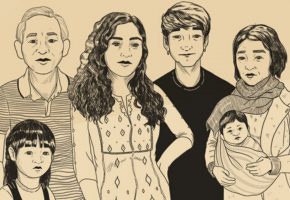 Anti-Asian Racism in the COVID-19 Crisis

Because of this recent rash of Asian American racism, a group called the Asian American Christian Collaborative released a statement denouncing xenophobia, asking believers to stand “in solidarity with victims” and directing “Christians to speak out and make changes in their churches, schools, and communities.”