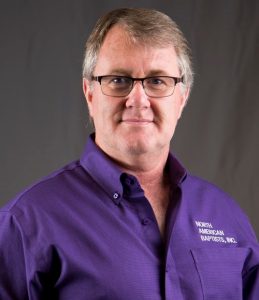 For the first time ever, Blue Ocean and The Bonﬁre were held online. After four great sessions with David Fitch and then Christopher Wright, we seemed to be longing for more. We missed the table conversations and the late night hangouts, but this new environment created opportunities for us to begin to connect in other ways online. Last week I was thrilled to host a call of twenty-two leaders within the NAB who wanted to take these conversations further.

Although we shared opportunities for taking the next steps through The Discovery Project or getting into Ethos, it was not the prepared content that caught the most attention. Rather, it was our time spent studying John 21:1–14 that brought rich rewards. One participant was captured with the idea that in the midst of their hurt and disorientation the disciples returned to the places where they were before Jesus called them. Another continued and noticed that Jesus still addressed them as friends, even though He had every right to be disappointed that they had returned to their familiar way of life. A third commented that in the midst of their conversation Jesus invited them into a completely new paradigm – to throw the net over the other side of the boat. The rewards were greater than they could ever have imagined, and yet instead of celebrating and writing a book about their triumphs, the next scene we see in the story is Jesus inviting them to come and have a quiet time together with Him on the beach. No bravado, just time in front of the ﬁre with a good breakfast together.

Out of this came all sort of conversation about the place we ﬁnd ourselves in now and what it is that God might be saying to His church today. This new, online environment was not what we envisioned for our time together, but even in the midst of this change of plans, God was at work.

Leading a Church Family into Greater Diversity and Community Impact

In the Revelation, the heavenly vision the apostle John received, he tells us that he saw “a great multitude . . .

In this leadership update video, Dan discusses the theme of Triennial 2018; Shaped for Mission.