March 16—All Hail the Power of Jesus’ Name 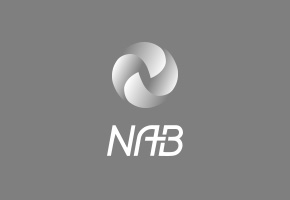 Within electrical engineering, the term short circuit refers to electricity traveling along a low-resistance path not suited to receive a high-volume electrical current. Basically, the electricity finds a new path that is easier for it to travel than the one designed for it. This can lead to broken circuits, fire, and even explosions.

March 15—Sabbath – Great Is Thy Faithfulness

In celebration of the ways God has been speaking to you during this past week, use this Sabbath break during Lent to allow space for your soul to rest and meditate on Christ. Read the psalm, sing the hymn, and spend time worshiping your God.

Within some machines exist parts that are so crucial that if they were to fail the entire machine will grind to the halt. These single points of failure sometimes even result in a catastrophic breakdown that has potential to utterly destroy the entire machine. For some types of helicopters, one such single point of failure is the main rotor retaining nut.

March 13 – Leaning on the Everlasting Arms

At Triennial 2018 in Edmonton, Alberta, Barry Jones talked about spiritual formation and the spiritual disciplines at two of the general sessions. In his second talk, he told a story about his father.

March 12 – Standing on the Promises

There are some prophecies in the Bible that have multiple components to them. For example, when Hezekiah was sick and was told by the prophet Isaiah that he would die, he wept bitterly and prayed to God.

March 11 – Tis So Sweet to Trust in Jesus

When Louisa Stead was a teenager, she felt called to be a missionary. Into her early twenties, her desire to pursue being a missionary only strengthened, though her frail health initially prevented her from traveling. Instead, she got married and had a daughter, Lily. While Lily was still a young girl, all three were eating a picnic lunch on a beach at Long Island Sound, New York, when they spotted a boy who was drowning. Louisa’s husband swam out to help him, but the struggling boy only managed to pull him under, drowning both of them as Louisa and Lily looked on, helpless. It was out of this painful tragedy that Louisa wrote “Tis So Sweet to Trust in Jesus.”

My Life and the Story of the Gospel Hymns and of Sacred Songs and Solos by Ira David Sankey includes the origins of many beloved hymns, including “Trust and Obey” from the perspective of the composer of the music, Daniel B. Towner: “‘Some years ago,’ says Professor Towner, musical director of the Moody Bible Institute, ‘Mr. Moody was conducting a series of meetings in Brockton, Massachusetts, and I had the pleasure of singing for him there.

March 9 – Come, Thou Fount of Every Blessing

In 2009, researchers in Germany decided to test the common belief that people who are lost in the wilderness tend to walk in circles. After a variety of tests that included depositing willing volunteers with GPS trackers in unfamiliar terrain, as well as testing…