Give to Spring Missions: 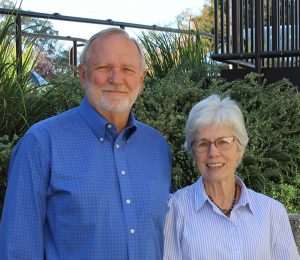 It is specifically because of the current crisis in Cameroon—not in spite of it—that many individuals are hearing and responding to the life-giving message of the Gospel. In fact, the Gospel is moving forward in incredible ways as God uses this conflict to spread His Word to people who otherwise might not have heard the Good News. Much of this is possible in part because of the generous support of many within the NAB family, churches and individuals like you. Would you consider giving to support the international work of the NAB and help others hear the transformational Gospel of Jesus?

In part through the NAB’s Global Missions Fund, all of us have been an important partner with the Cameroon Baptist Convention (CBC) in spreading the Gospel during the crisis. Two members of the NAB Executive Team recently traveled to Cameroon to connect with and encourage CBC leaders. In addition, the Crisis Relief Fund, which the NAB family has generously supported, has assisted numerous patients, even covering the cost of long-term hospital stays where they can learn about Jesus. This ongoing crisis has not been a roadblock to the Gospel—it has often provided new in-roads for the Spirit of God to work.

Give to Spring Missions: