The North American Baptist Conference is a collection of more than four hundred churches dispersed across twelve regions. Each region is led by a Regional Minister, a pastor to the pastors and churches within their region. Through the Regional Ministers, the NAB is capable of effectively ministering to each church on a more personal level.

Covering Alberta, Canada, as well as a bit of British Columbia and Saskatchewan, the Alberta Baptist Association is not the largest region in the NAB, but it contains the most churches, totaling sixty. The regional minister is Dr. Terry Fossen. 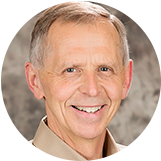 Dr. Terry Fossen
Regional Minister
Terry has a passion for pastoral leadership and development. A pastor for many years, he is now the minister for the Alberta Baptist Association. Terry is also the former vice-president of External Relations at Taylor Seminary and has taught courses at the school for many years. He’s been married to Tamara for over thirty-seven years, and they have six children and four grandchildren. Terry enjoys the Lord of the Rings movies and Viktor Frankl’s Man’s Search for Meaning.
Cell Phone: (780) 901-8133 Cell Phone: (780) 901-8133
Email: tfossen@nab.ca
Address:
11525 – 23 Avenue
Edmonton, AB T6J 4T3
Canada

What is now known as the Atlantic Association was the location of some of the first German Baptist Churches in North America. The region consists of fifteen churches across New Jersey, eastern New York, and Pennsylvania. The regional minister is Rev. Larry Burd. 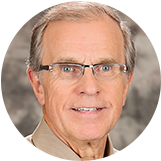 Regional Minister Dr. Bob Krahn serves twenty-eight NAB churches in fourteen cities, including one just south of the Canadian–United States border in the state of Washington. 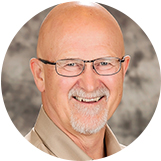 Robert Krahn
Regional Minister
Bob has been the regional minister for the British Columbia Baptist Association since 2005. He holds a bachelor's degree in Psychology from the University of Alberta and a master's of Divinity and doctorate in Ministry from the Southern Baptist Theological Seminary. Bob has worked a diverse collection of jobs, including as an underground miner, a heavy equipment operator, a big game guide, and a plumber’s helper. He has been married to Dawn for more than forty-three years, and they have two married children and six grandchildren.
Office Phone: (604) 575‑6820 Office Phone: (604) 575‑6820
Email: bcbaexecutiveminister@gmail.com
Address:
18783 – 63 Avenue
Surrey, BC V3S 7N9
Canada 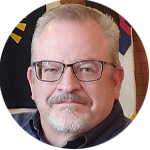 Rev. Brad Seifert
Regional Minister
Brad lives in Junction City, Kansas, with his wife, Tami. Brad was ordained in the Southwest Association in 1994, two years after he graduated from North American Baptist Seminary – now Sioux Falls Seminary. He has been the lead pastor at two church, the most recent of which he served for twenty-two years before becoming the regional minister. Brad and Tami have one son, Zach, who lives in Chicago, Illinois, with his wife, Samantha. Brad enjoys coaching youth sports in his spare time.
Office Phone:  | Cell Phone: (785) 761-3953 Office Phone:  | Cell Phone: (785) 761-3953
Email: bseifertcpr@gmail.com
Address:
320 W Ash Street
Junction City, KS 66441-3818
US

The Eastern Association is one of two regions within the NAB that covers a portion of both Canada and the United States. There are four clusters that the thirty-one churches in the association are broken into: the Ottawa Valley, from Montreal to Killaloe; the Golden Horseshoe, from Toronto to Kitchener; Pennsylvania, from Pittsburgh to Erie; and New York, from Buffalo to Vermont. Dana Goodnough is the regional minister as of October 2022. 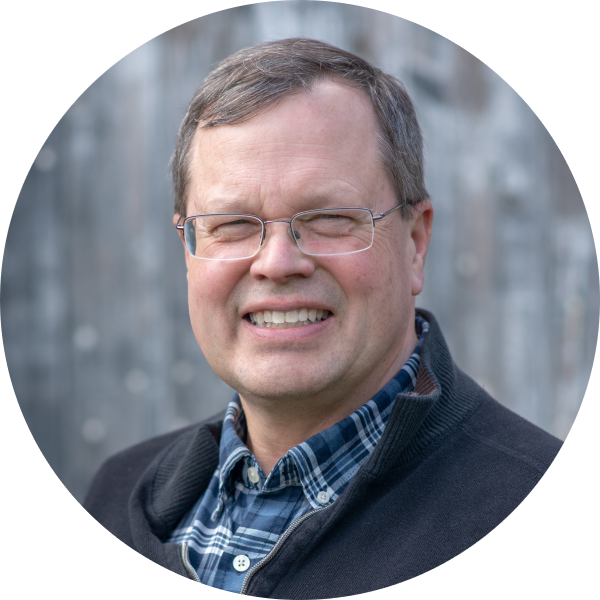 Rev. Dr. Dana Goodnough
Regional Minister
Dana splits his time between serving as the Eastern Association regional minister and pastor of Discipleship at Pittsford Community Church in the Rochester, New York, area, where he has served since 1985. He is a graduate of Moody Bible Institute, Calvary Bible College, and Dallas Theological Seminary, and he also has a counseling degree from Liberty University and a doctoral degree from Dallas Seminary. Dana has participated in several short-term mission trips to places like Russia, Indonesia, Chad, Ukraine, and Brazil. He and his wife, Monica, have three adult children and five grandchildren. In his leisure time, Dana enjoys a good book in an Adirondack chair by a quiet lake.
Cell Phone: (585) 200-2225 Cell Phone: (585) 200-2225
Email: goodnough@pittsfordcc.org
Address:
421 Marsh Road
Pittsford NY 13045
US

The Great Lakes Association consists of twenty-seven churches as far north as Alpena, close to the northern tip of the southern Michigan peninsula, and as far south as Hebron, Kentucky, just across the Ohio River from Cincinnati, Ohio. The regional minister is Rev. Terry Holley. 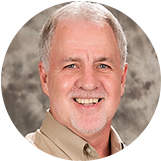 Rev. Terry Holley
Regional Minister
Before serving as the regional minister for the Great Lakes Region, Terry was the senior pastor at Heartland Community Church in Medina, Ohio, a church he planted back in 1997. He holds a master's of Divinity from Ashland Theological Seminary. Terry has been married to his wife, Janie, since 1974, and they have two adult children, Nate and Elisa. The movie Pee-wee’s Big Adventure is among his favorite works.
Cell Phone: (330) 635‑2794 Cell Phone: (330) 635‑2794
Email: terry_holley@hotmail.com
Address:
884 Laurel Glens Drive
Medina, OH 44256
US

Regional Minister Kent Carlson serves the forty-two churches that make up the Northern California Association. With churches as far north as Lincoln and as far south as San Jose, the majority of churches are situated in the area around Sacramento, the state capital. 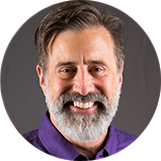 Kent Carlson
Regional Minister
Kent lives with his wife, Diane, in Folsom, California, where he planted Oak Hills Church in 1984 and continues to serve as pastor emeritus. They have three daughters and two granddaughters. From 2016 to 2020, he served as the vice president of Leadership Formation for the NAB International Office. He is currently working on his doctor of ministry degree through Sioux Falls Seminary. Kent once played Captain Von Trapp in a stage adaptation of The Sound of Music. As a native Chicagoan, he is an avid Cubs fan.
Cell Phone: (916) 293-2371 Cell Phone: (916) 293-2371
Email: kent@NorCalNAB.org
Address:
1904 Quail Lakes Drive
Stockton, CA 95207
US

The Northern Plains Region consists of fifty-two churches that make up the Manitoba Baptist Association and the North Central Association. It is formed by the province of Manitoba and the states of North Dakota, a section of South Dakota, and a portion of eastern Montana. 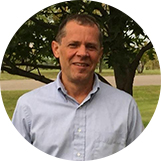 Rev. Dr. Randy Jaspers
Regional Minister
Prior to serving as regional minister beginning in November 2017, Randy was the pastor of Temple Baptist Church in Jamestown, North Dakota, for twenty-seven years. He also served on the NAB Executive Committee and in various association roles. Having grown up on a dairy farm in north central Iowa, Randy is a farm boy at heart and still enjoys working outside in his garden. He has been married to Kristy since 1979; together they raised five children, who have since gifted them with three grandchildren.
Cell Phone: (701) 320‑1222 Cell Phone: (701) 320‑1222
Email: nprjaspers@gmail.com
Address:
404 16th Street, NW
Jamestown, ND 58401
US

The Northwest Region unites thirty-one churches in Idaho, Montana, Oregon, and Washington under the common goal of resourcing, networking, and enabling local churches to become disciple-making congregations to the glory of God. It is actively searching for the person God has planned to serve as the next regional minister. 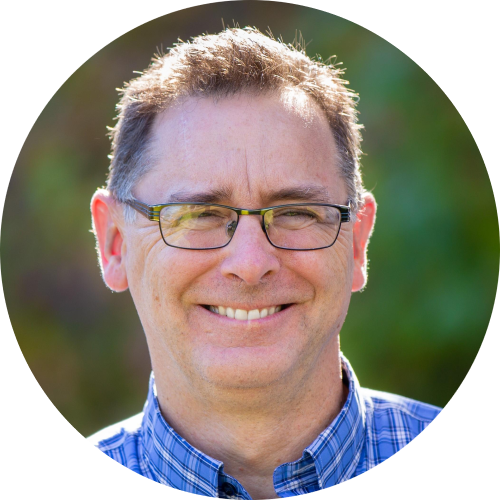 Rev. Marcus Elmer
Interim Regional Minister
Marcus began serving as interim regional minister in 2022. Previous to this role, he served as the senior pastor at West Hills Community Church in Salem, Oregon, for twenty years. As a lover of hiking, given the chance Marcus would visit every US National Park. He also loves reading, with Desiring God by John Piper sitting at the top of his list. Marcus is married to Kahori Elmer; they have two adult daughters, Rachel and Rebecca.
Office Phone: (503) 910-9265 Office Phone: (503) 910-9265
Email: pastormarcus01@gmail.com
Address:
835 Eisenhower Drive NW
Salem, OR 97304
US 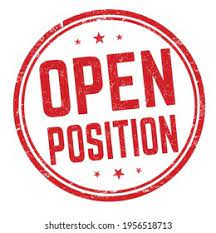 The Southern California Association is the smallest region, both in number of churches and geographically, mostly consisting of the greater Los Angeles area, with a handful of churches further south. Even so, the churches that form the SoCal Association are quite diverse. Ric Olsen serves as the regional minister. 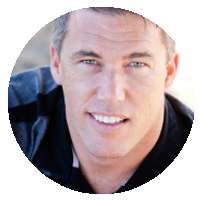 Ric Olsen
Regional Minister
Though Ric grew up all over the US, he is a sixth-generation Californian. He was first introduced to Jesus his senior year of high school. He graduated from Moody Bible Institute in Chicago, Illinois, and has been married to Carolyn since 1998. In addition to his role as RM, he serves as the lead equipper/pastor at The Beacon in Orange, California, the fire department chaplain for Orange, and the executive director of LoveOrange, a nonprofit serving the city. His favorite book is Dallas Willard’s The Divine Conspiracy.
Office Phone: (657) 231-4900 Office Phone: (657) 231-4900
Email: ric@thebeacon.church
Address:
3920 E Spring Street
Orange, CA 92869
US

The Upper Mississippi Region contains forty-one churches, some young church plants and others much more established, including one that is more than 150 years old. The churches of the UMR also range in size from a few dozen to a thousand. This region includes churches in Illinois, Iowa, Minnesota, and Wisconsin. 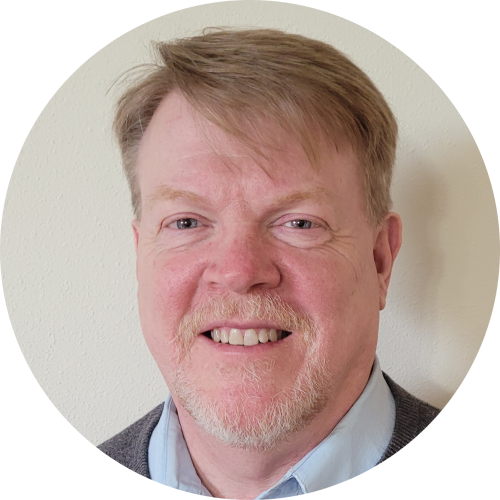 Dr. Dan Andrews
Regional Minister
Dan grew up in a Christian home in southwest Minnesota and put his faith in Jesus Christ as a young person. Influenced greatly by his parents and the pastor of his home church in Marshall, he answered God’s call to full-time ministry while attending a small Bible college. He received his master of divinity degree from Central Theological Seminary in Minneapolis and his doctor of ministry from Trinity Seminary. He and his wife, Renee, have five children and became first-time grandparents in June 2022. Dan enjoys technology, golfing, and a good mystery show.
Email: pastordan.andrews@outlook.com
Address: