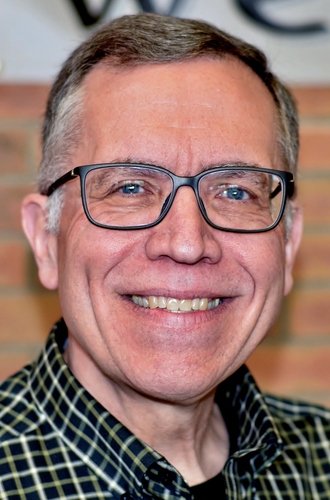 Dr. Kelm is no stranger to our conference, and I’m sure many of you know him personally. He has deep roots in the NAB. Dr. Kelm holds a bachelor’s degree in Religion from North American Baptist College (now Taylor Seminary) in Edmonton, Alberta; a master of divinity degree from Bethel Theological Seminary in Arden Hills, Minnesota; and a doctor of ministry degree from Sioux Falls Seminary in Sioux Falls, South Dakota. He has served as a pastor in the NAB for thirty-seven years. He has also served on the Governing Board as Moderator, Past Moderator, and member at large, as well as serving as an Executive Committee member. He was instrumental in the drafting of the present NAB constitution. Dr. Kelm also brings to this position a great understanding of the fact that our conference is a multi-national organization. He is a dual citizen of the United States and Canada. He has served in four NAB churches: two in the US and two in Canada. Thus, he brings to the position of Executive Director a nuanced understanding of the cultures of both countries. Dr. Kelm has also been deeply involved in NAB initiatives. He has attended NAB missional training through Blue Ocean and The Bonfire and Gateway training for international sister-church partnerships. He has a deep knowledge of the NAB International Missions Department. All in all, it would be difficult to find someone with a deeper or broader understanding of the past and present of the NAB than Dr. Kelm. We believe that Harry is well equipped and positioned to lead the NAB into the next season of our existence as a conference.

We owe a great deal of gratitude to our Search Committee, which was chaired by Gary Asbach. They began their work on May 30, 2020. This was truly a representative group from across the NAB. Great care was taken to select the individuals who served on this team. So to Gary Asbach, Fabiola Campos, Terry Fossen, Tanya Gericke, Ed McCarthy, Cory Seibel, Wayne Stapleton, Heidi Strybos, and Charles Wolfe, we say, “Thank you!” They conducted several interviews with six worthy candidates before settling on two and, eventually, recommending Dr. Kelm to us. They did this work through a pandemic and also having to schedule Zoom meetings across multiple time zones.

Dr. Kelm will begin his work with us on April 19. Per the NAB Constitution, he must also be confirmed in this position by a vote of representatives at the next Triennial, which takes place this year, July 8–11. Please visit www.nabtriennial.com to see the latest information on the 2021 Triennial Conference, which will be held in a virtual format this year.

God’s blessings to all of you as we continue on mission with our missionary God.