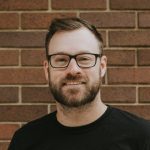 Two years ago, in the midst of the pandemic, our church celebrated five years of ministry. We took that opportunity to look back and see at what level we had accomplished what we actually set out to achieve. In many ways, we were successful, but there was one glaring area of our ministry that had not experienced this same level of growth. As we answered the question, “Are people who engage with our discipleship environments looking more like Jesus after spending a considerable amount of time within that system?”, our answer was, unfortunately, no.

Since the beginning, we had formed our groups in much the way our staff team had been shown the definition of discipleship, which was 10–14 people, usually mixed gender or couples, gathering once a week to discuss the sermon or some other curriculum. When we began to examine this program closer, we found a few problems that contributed to our lackluster results.

Next, mixed gender. We found that, for example, if a man is struggling with lust, it is highly unlikely he’ll talk about it next to his wife, and he certainly won’t talk about it in front of someone else’s wife.

Lastly, group focus. We found what people really wanted out of the group was fun and friendship, which is all well and good but a far cry from our goal, which was formation.

In response, two years ago we euthanized all our traditional small groups. What arrived in its place was what we call “Crews” – same-gender groups of three to four who meet regularly to form each other into someone who looks like Jesus. The process is built upon the acronym REAL, which defines for us the four aspects of a real and genuine faith.

R – Reverence for God displayed in a healthy fear of a God who should in every way be placed at the center of your affection and action.

A – Attitude for adversity displayed by a patient endurance through the difficult seasons of life.

L – Life-long impact displayed by the ongoing development and readiness to live out how God has intentionally and strategically shaped and placed you for his glory and your good.

It might shock you to know that once we began to replace “fun hangouts watching football” with actual “intentional formation,” people were not nearly as excited to participate. Within months, we saw our participation rates bottom out as individuals realized the difficult work required to become more like Jesus. As difficult as it was to see it hit the ground, we stuck with it and poured into the few souls who remained.

Now, two years later, we have seen more people involved in these reimagined Crews than ever existed within the old system. As Andy Stanley famously says, “Your system is perfectly designed to get the results you’re getting. If you don’t like the results, change the system.” I can’t encourage you enough to take a good hard look at your discipleship systems and ask yourself if they are truly environments of fun or formation. Then, go about the hard work of changing what needs to be changed for the benefit of those looking to your church to help them become more like Jesus.