The first time I met John was in the lobby at a retreat center in Sacramento where he was sitting with some established NAB pastors for Ethos, a two-year missional/formational leadership cohort led by the NAB. John was looking at the prospect of planting a new church in an under-served region of Sacramento; his church would be designed from the ground up to invite people into the hope-filled story of Jesus. Fittingly, the church was to be named Hope Community Church. John and I chatted briefly about his plans, his philosophy, and the timeline he was working with to establish this new church. Much of what he was planning was well thought out and rooted in the battle-proven experience he gained from decades in full-time ministry as a pastor in an established church. 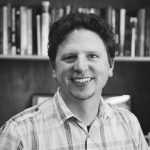 The life of a church planter like John is not so different from that of an established church pastor, except for everything you are doing to raise up disciples of Jesus is operating outside a system: there is no small groups ministry, there is no such thing as community outreach yet, and there certainly are no short-term missions opportunities rooted in long-term partnerships to steer your people toward.

And don’t get me started on people; you don’t even have any, let alone enough to go on a mission trip!

I see it all the time when talking with new planters and I ask them about their strategic plan for the development of their church’s ministry. They typically have a fairly clear idea of the budget; they know how and when missional engagement will begin, what systems will be used for business administration, and even the flavor of the weekend gatherings. But rarely do I hear a vision or plan for how they plan to engage their new church in the work of global missions, and I was no exception when I planted my church.

When pressed, the honest response in most cases is that the planter is hoping and praying God brings them a congregant with a passion for international impact and a connection to a healthy overseas ministry to forge a relationship with. Our contention in the International Office has been that international missions is too important to leave up to this kind of chance.

This is where the NAB family is such an immense and blessed resource to her new church planters.  For over one hundred years we have been successfully sending missionaries around the world on short-term trips resulting in long-term partnerships. Additionally, with the work of Gateway, our training and equipping is second to none in the world of international partnerships. 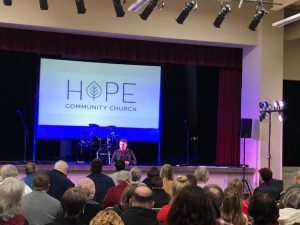 John Cassidy and his wife, Sarah, will launch Hope Community Church in Antelope, California, later this spring. For over a year they have been hosting barbecues in a local park and connecting with the unchurched, taking prayer walks through neighborhoods and evangelizing with anyone they come in contact with along the way, and inviting people into the ways of Jesus with them as a new church. It is greatly inspiring to all of us to see the new churches of the NAB reaching out with such fervor and passion for God. John’s church has also accepted a challenge from us at the International Office to take a team to one of NAB’s international mission fields in the first few years of their church’s existence. And to partner fully in that effort, the International Office has committed funding to John and his team for Gateway training and other costs to offset their first trip to the NAB field of their choice.

Looking for ways to positively influence the work of our new NAB church plants is just one of the ways this NAB missional/formational movement continues to gather momentum and set a foundation for exponential impact in communities around North America and on mission fields around the world.