Click here to view this newsletter as a PDF.

In my 19+ years of service with NAB Gateway, I’ve definitely learned what it means to be adaptable and versatile when it comes to ministering in different cultures around the world. This ‘learning’ has been put to work yet again just this past month as I went to Albania for the first time. NAB Gateway has been involved in Central Europe for many years and for much of the past decade this has been through the developing ministry of Ron and Jean Seck and the CHE EuroNet. CHE (Community Health Evangelism) has been a strategy and an emerging network focused largely on marginalized peoples (i.e., Roma/Gypsy) by the Secks (and NAB national missionaries the Darozci-Csuhai’s and Marijana Czimanski) in Central Europe and south of this region throughout Balkan countries like Albania. 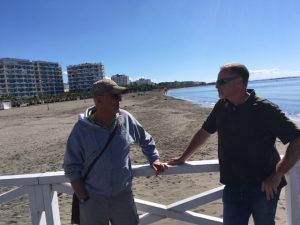 In October, I attended the CHE EuroNet conference in Albania where 8+ countries were represented by national and missionary leaders using the CHE strategy. As in other CHE-influenced areas like Serbia and Hungary where NAB Gateway has helped North American churches develop Sister Church Partnerships (SCPs), I had the opportunity to make more connections for new ministry opportunities; not only for churches in Albania, but also in Macedonia, Kosovo, and other countries in this region as well.

NAB Gateway’s involvement in this part of the world has definitely gained a foothold through churches like Hillside Baptist, Dickinson, ND, but we have many new opportunities for churches to develop SCPs in a variety of countries among a variety of new friends who are reaching out with the Gospel of the Kingdom among marginalized people such as the Roma (Gypsies) who are present and in significant holistic need in every one of these countries. 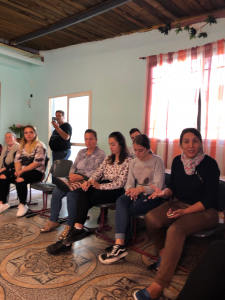 A 15+ year old story of holistic transformation through the Gospel of the Kingdom; a Roma church community gathers in a neighborhood in Tirana, Albania.

For my part, as the Director of NAB Gateway, I’m being asked to provide more leadership, guidance and direction, not only to NAB Gateway’s ministry in Central Europe and the Balkans (e.g., Albania), but also to NAB’s overall international mission strategy in this region. Thank you for your prayers as I seek wisdom from the Holy Spirt in leading NAB and NAB Gateway well in this regard.

For the Kingdom, Randy Schmor

For I will not venture to speak of anything except what Christ has accomplished through me to win obedience from the Gentiles, by word and deed, by the power of signs and wonders, by the power of the Spirit of God, so that from Jerusalem and as far around as Illyricum I have fully proclaimed the good news of Christ.
Romans 15:18-19