Hopes and Challenges in Global Missions 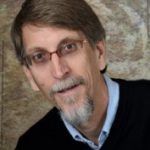 As we continue to move into 2019, there is much to be hopeful for in terms of global missions, as well as many challenges.

Here are a few hopeful facts to consider:[1]

These facts are cause for great hope. Surely we have much to praise God for!

Unfortunately, the above facts only tell half the story, for there are many challenges facing global missions as well. Again, here are a few:

Clearly we’ve still got a big job left to do! The global missions task is hardly over.

It Won’t Be Easy

There are a lot of opportunities for the global church to get involved in helping to reach UPGs, especially the churches in North America. But it won’t be easy. The UPGs are still unreached for a reason: they are located in parts of the world that are experiencing great political upheaval and social unrest, and/or they are located in religious environments that are especially hostile to the Gospel. Many are found among some of the most resistant Muslims, Hindus, and Buddhists of our world. Most (97 percent) are geographically located in what is called The 10/40 Window, which stretches from West Africa across Asia between 10 degrees north and 40 degrees north of the equator. North Americans who desire to go and minister among UPGs will face great challenges.

But God Is Making It Easier

Since it’s difficult for most of us in North America to “go there” where the UPGs are, God is bring these people groups here to North America. While God has always been in the business of moving peoples (like Abraham from Ur to Canaan and the Jews to captivity in Babylon), what He is doing today is unprecedented in human history. Millions upon millions of people (including those from most of the UPGs) are on the move because of conflict, famine, or economic hardship. And many of these millions are now found in North America. What a tremendous opportunity for our North American churches! No longer do we need to travel across the world to reach UPGs; today we oftentimes just need to cross the street.

For example, my hometown is Sioux Falls, South Dakota. When I grew up in Sioux Falls, it was ethnically about 98 percent white, with a few Native Americans and African-Americans. Today, some forty years later, Sioux Falls is made up of refugees and immigrants from almost one hundred different countries and regions—many from UPGs—with over 120 different languages and dialects spoken at home. Approximately one of every ten individuals now living in Sioux Falls was born outside of the United States. Clearly God is doing something in Sioux Falls, giving the 250 mostly white churches here unprecedented opportunities to reach out to peoples different from themselves.

The good news in all of this is that reaching all of the UPGs—both globally and locally—is what God Himself longs for. The Great Commission that Jesus gave to us was to make disciples of all of the people groups of the world (Matthew 28:19–20). Moreover, Jesus made it clear that He won’t return until all of the people groups are reached (Matthew 24:14), so we still have some time to reach them. And most importantly, the book of Revelation makes clear that one day these UPGs will be reached with the Gospel, as peoples from “every nation, tribe, people and language” stand before the throne and worship (Revelation 7:9).

Certainly all of this gives us great hope, despite the great challenges. God wins in the end and He, in His grace, is giving us the privilege to participate with Him in His global missions task.

[1] Most statistics here are taken from www.thetravelingteam.org and also my book, Missions and You! Be a Part of What God Is Doing in Today’s World.