The Challenge and Hope of the Hispanic Community 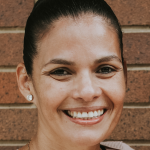 It was eighteen years ago when my family and I came to the US because an Anglo-American church was exploring the idea of becoming multicultural. They had a group of Hispanics who attended the church regularly and also gathered for Bible study and fellowship in Spanish. Eventually, the church leadership saw the need for someone who would not only understand the needs of this community but would shepherd them as well. That’s how we received an invitation to meet them and consider if we wanted to plant a church with this group of Hispanic men and women.

Many things went through my head as we prayed and considered the invitation. First I thought, No one needs missionaries in the US. All missionaries I knew were American, so in my head the US was already Christian through and through. The second thing was another misconception: I didn’t think Latinos in this country had very many needs. As I saw it, they had everything! They live in a country that had more than they could ever need.

Those ideas of mine were misconceptions, similar to the misconceptions most people—most Americans, I should say—have when they hear the words Latino or Hispanic. Often, a myriad of things immediately come to people’s minds. . . . 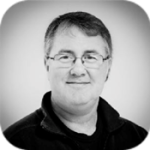 Cam Roxburgh
VP of Missional Initiatives and Missional Initiatives Team Lead
For the last eleven years, I have been part of the NAB Executive Team, charged with the task of creating a missional movement within the NAB Conference. It has been one of the greatest privileges of my life. Now, with even greater joy, it is time to create a team of people who will take us further on this journey together as we seek to put our confidence in our God who is at work in the world. I have invited the Forge Canada Team to work alongside me to help create this movement, and I am now also inviting key leaders from within the NAB to join the Missional Initiatives Team to help resource us all as we seek to bear witness to our missionary God in all that we do. It is my privilege to introduce you to the team and to commend to you the resources we will offer to you together.

Sara-May Cardy – Admin and Communications
I am the pastor of Groups and Missional Life at Greenfield Community Church in Edmonton, Alberta. I have been part of the Missional Initiatives team at the NAB for two years, and I love being able to serve our NAB pastors and leaders.

Merv Budd – Equipping Evangelist
I live in Canada and have been serving at North Burlington Baptist Church since 2001. I received a B.Th. from Tyndale College and a D.Min. from Regent College and have almost completed a DPT from McMaster Divinity College.

Luke Miller – Missional Initiatives Teaching Team
I am married to Sara, and together we have had the privilege of living in Canada, the US, and Israel. I pastored in Saskatchewan until we moved to California during Covid, where I pastor Sunrise Community Church in Sacramento.

Matt Styles – Missional Initiatives Teaching Team
I have served as a lead pastor for the past twelve years in both rural and city churches in South Dakota. I am also a member of EYELET, the Cross-Cultural Engagement Team, and the Great Plains Association Leadership Team. 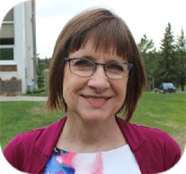 Karen Wilk – Neighbourhood Life
I have pastored in established and new churches and currently lead a “neighbourhood church” in Edmonton. I have been a member of the Forge Canada team for 15 years, and have a Doctor of Ministry degree with distinction in Missional Leadership.

You can find out more about the missional initiatives in the NAB by visiting the Becoming Missional pages. You can also join the next cohort of Blue Ocean kicking off October 16–19 in Vancouver, British Columbia.